Synthesis and the Law – A three step model.

In Unit 3 Outcome 1 and 2, students are required to ‘synthesise and apply legal principles and information to actual and/or hypothetical scenarios.’ At the highest level, this shows students have not only embraced the course, but have fully developed an understanding of how the law works in the parliament and the courts. As a teacher, this new study design has me thinking. Let’s start with synthesise. 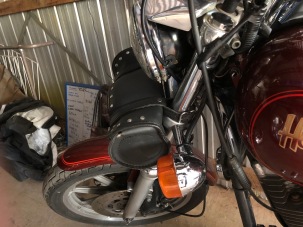 Like many Australian made items, they are often modelled on overseas inventions. The 1987 leather tool roll on my motorcycle was designed from something that had been around in the United States of America for some years. Australians love to add their own ‘flair’ and consequently, I purchased this tool roll knowing it would withstand the often harsh Australian conditions. I was right. 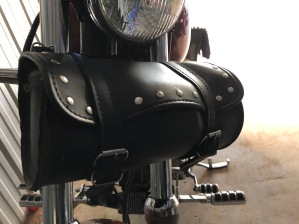 Over the years it served me well. In 2009, it received some minor repairs and modifications that should see it well into the next 30 years. A small tin plate was fashioned to suit the inside of the roll and help secure it to the bike. 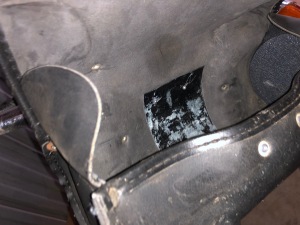 The biggest change to this Australian made item came from technology. Especially with the law, technology is often the driver behind our codification and amendments to the law. In this case, tools have changed and consequently, the old tool roll has had many new items added to it. While on the outside it is still a 1987 piece of leather, inside is pure innovation and updated technology that could see me able to repair a bike that is broken down 200 kilometres from Broken Hill and the nearest garage! 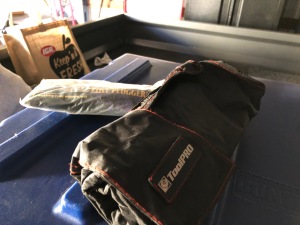 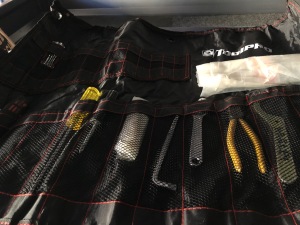 In Unit 4 Outcome 2, the performance descriptors give us a great insight into this requirement of being able to follow changes in the law.

Sophisticated synthesis with accurate application of legal principles and information to the scenario. Yesterday I rode to a professional teacher practice day in Swan Hill, some 140 kilometres from my home. Without the distraction of a radio, music or even phone calls, I often use this time to think about the law. This idea of legal synthesis occupied my mind. Prior to my ride I had replaced and fixed a small oil leak on the bike and consequently, the tool roll was on my mind. Thus, the idea of my 3 step model was born. Let me now apply it to a legal scenario.

Long before we had smart phones in Victoria, the law was in place to restrict the use of GPS devices in vehicles. The law related to the use of mobile digital devices in motor vehicles. The use of GPS devices in vehicles was a new law and included how they were mounted in the vehicle, access to the driver and their use. Consequently, the arrival of smart phones required an amendment to that law however, the legal definition of a mobile digital device was already well established. That definition had been interpreted by the courts and applied.

Quite often the law cannot keep up to date with technology and we often look overseas to see how the law is evolving. Such is the case with mobile digital devices like a smart phone. In the United States for example, cameras on freeways are used to capture drivers holding a mobile phone while driving which is against the law. That is now being trialed in Victoria.

Whilst fines ( and demerit points) have been steadily increasing for driving whilst holding and using a mobile phone in Victoria, drivers are still doing it. We have seen an amendment to the law which totally restricts probationary drivers from having their phones in an operational mode while driving a vehicle. It would seem that as at 2018, the law is still evolving.

I hope I have shown how my 3 step model can help in your understanding of the law and synthesis. (step 1) It could be an old law that has been around for many years and served us well. (step 2) Something happens in the community and the law needs to evolve or change to suit our present needs. This could come from the courts, the media or the police. (step 3) Parliament responds with either law reform, inquiry or an amendment to the law.

Now, your creative skill is needed here to apply legal principles to the mobile phone scenario. Where is the law heading? Can you draw a conclusion on how effective the mobile phone law is in Victoria? Can you form a view on what has happened with this law and where the law is headed?

Synthesis is an application based skill, a creative skill. In the VCAA presentation on the new study design, the presentation included possible key words that relate to a synthesis based case study. They included the following words, ‘construct, devise, create or draw a conclusion. https://comtalk.vcta.asn.au/vcaa-vce-legal-studies-implementation-briefing-of-the-new-study-design.html

Good luck in your preparation for the final examination. I hope your future studies in the law serve you well.