The biggest challenge to our constitution since Mabo v QLD 1992. The state border closures.

A Victorian or an Australian? What am I?

Am I an Australian? Or am I a Victorian? The answer is simple, in which state do I hold a motor vehicle driver’s licence? It would appear that in 2020, this becomes my passport.

This was not the case in 1942 for Keith Sydney Sellwood VX131387 of Ararat. Turning 18, Keith was too late to sign up for service in the the Australian Army in his rural town near the South Australia border. He was told to head to Western Australia where he could sign up and get on a boat to Africa where our second world war efforts were progressing. 5 years later, Keith and his 3 brothers (Alec, Lindsay and Fred) and future brother in law (Frank Work) had not only seen Africa, Italy, France and Germany, they had also been in New Guinea. These are my Uncles on my mother’s side, my family.

Jungle training for the defence of Australia took place in the Atherton Tablelands in North Queensland. Keith and his fellow Victorians, South Australians and others rode troop trains to their destinations. In his battalion’s diary the trains stopped or slowed at every town and were greeted by the towns’ people waving and cheering. We were all in the war together, at home and at the front line. Our constitution held us together, state with state, mate with mate. 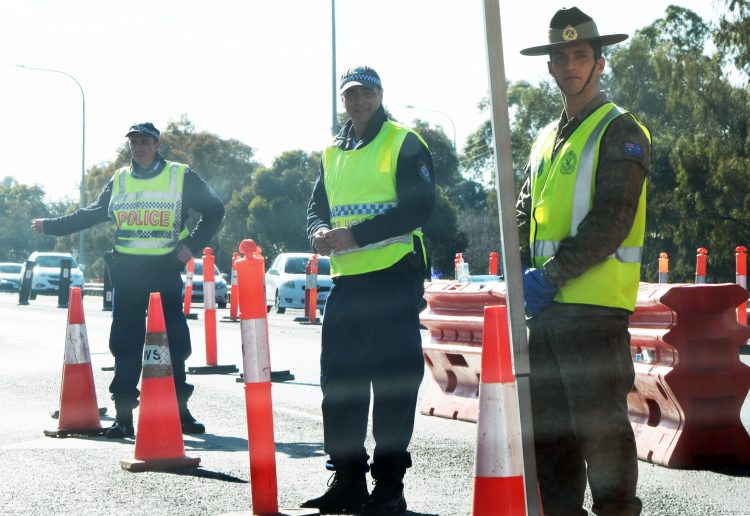 I can’t get a permit to cross into New South Wales right now and I live 500 metres from the border. The last time I did cross I was questioned by an Australian Army soldier and showed them my permit. I’m a Victorian now, I won’t be bothered trying to cross again should permit restrictions be lifted.

For students of the law, this is a massive Constitutional crisis. Only one mining magnate has so far taken it to the High Court and that trial is pending. To break up this magnificent country into segments is not what our soldiers fought for in World War 2. It is selfish and idealistic.

As a teacher of Law I now wait for justice to prevail as I know it will. Western Australia was the last state to agree to the Commonwealth of Australia Constitution Act 1900. But agree it did and that changed the separate colonies forever. To try and return to that ‘colonist’ mindset is flawed. It is not the ‘Australian’ way and history will show that trying to separate Australians is like trying to ‘turn back the tide’.